Robin Hanson is an Associate Professor of Economics at George Mason University, and a Research Associate at the Future of Humanity Institute.

After receiving his Ph.D. in social science from the California Institute of Technology in 1997, Robin was a Robert Wood Johnson Foundation health policy scholar at the University of California at Berkeley. In 1984, Robin received a masters in physics and a masters in the Philosophy of Science from the University of Chicago, and afterward spent nine years researching Artificial Intelligence, Bayesian statistics, and hypertext publishing, independently, and at Lockheed, NASA. Robin has over 60 publications, and since 1988 he has pioneered the new field of prediction markets. Robin also studies the social impact of future technologies. 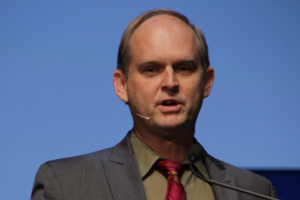